An ICOM IC-706MKIIG came in with the owner wanting the MARS CAP modification done on it so that he can transmit on 60 Meter band. The mod is fairly simple, but involves removing a TINY surface mount component which is about the size of the

ball in the tip of a ballpoint pen. The mod went without a hitch and the radio performs great. As can be seen in the photo, it will transmit at least 74 Watts in the 60 Meter band now. 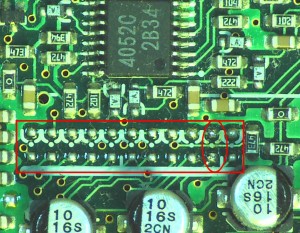 This is the bank of solder pads which is used at the factory for installing configuration jumpers. The position indicated with an ellipse is I removed the Transmit Range jumper from, seen after it was removed. 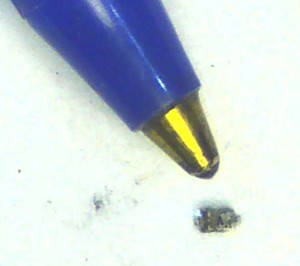 The jumper which I removed from the radio, compared to the tip of a ballpoint pen. 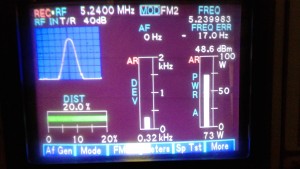