I managed to finish the refurbishing of the last two cavities on that set of Motorola T-1504 UHF BP/BR duplexers yesterday. These are headed to a new home on a repeater down in Florida. They’re working great, doing just over 102 dB of isolation per branch, and only 1.1 dB of insertion loss per branch.

Here are just a few photos taken as I was disassembling and refurbishing the two high pass cavities. I had already overhauled the two low pass cavities back in July and used these on a repeater of my own while I was shuffling equipment around between my UHF repeater systems. The folks down in Florida should get many years of great performance out of this set.

The nice thing about UHF duplexers in general: they’re smaller and a bit easier to move around during service work. The challenge of Motorola UHF duplexers like these: not losing your grip on that (rather stiff) spring inside the tuning cylinder/plunger assembly. As I can attest from a couple of days ago, if you lose your grip on the copper plunger while pushing to compress the spring down in order to remove the e-clip from the end of the rod, the e-clip, spring, and all the washers go flying through the air with enough force and speed to put an Atlas rocket engine to shame! And as Ol’ Murphy would have it, they don’t all go flying in the same direction or end up landing in a nice, orderly collection. That creates one of those moments when I’m thankful I don’t own one of those Alexa or other voice recognition devices, because there’s no telling what sort of response the thing would have to the language which ensues during such an event. Just sayin’… 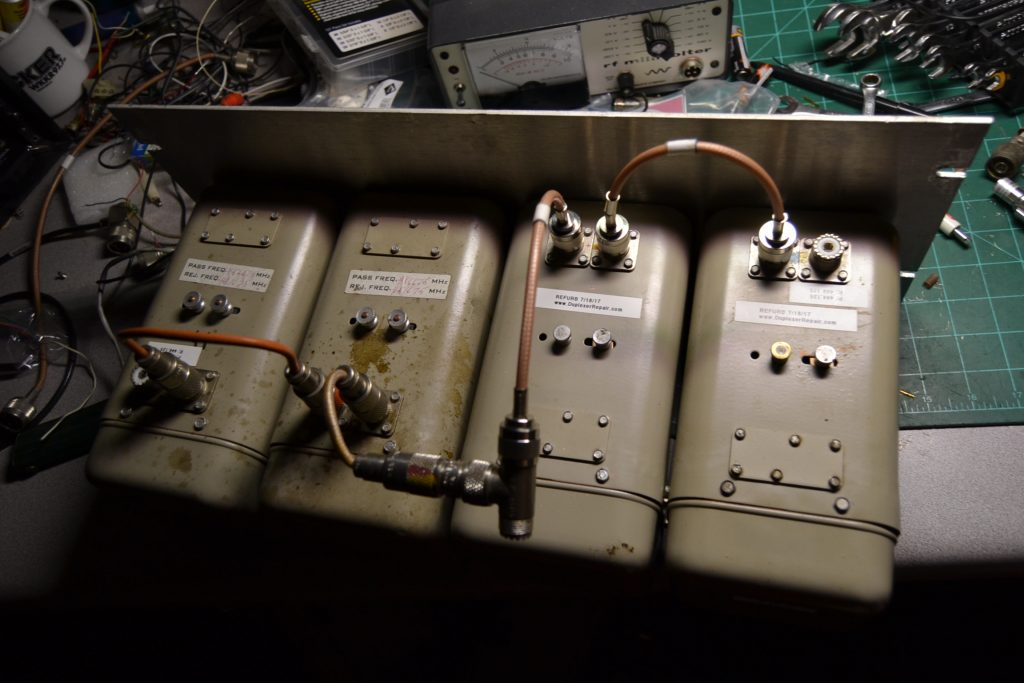 The two left-most cavities (high pass / low reject) still had some sort of crud all over the top which was on them when I acquired them, which is how the right-most (low pass / high reject) looked before I overhauled them back in July. I also changed out a couple of the intercavity jumpers during this last phase of the overhaul, replacing them with more optimal length cables, which further increased their performance in the 70 cm Amateur Radio band. 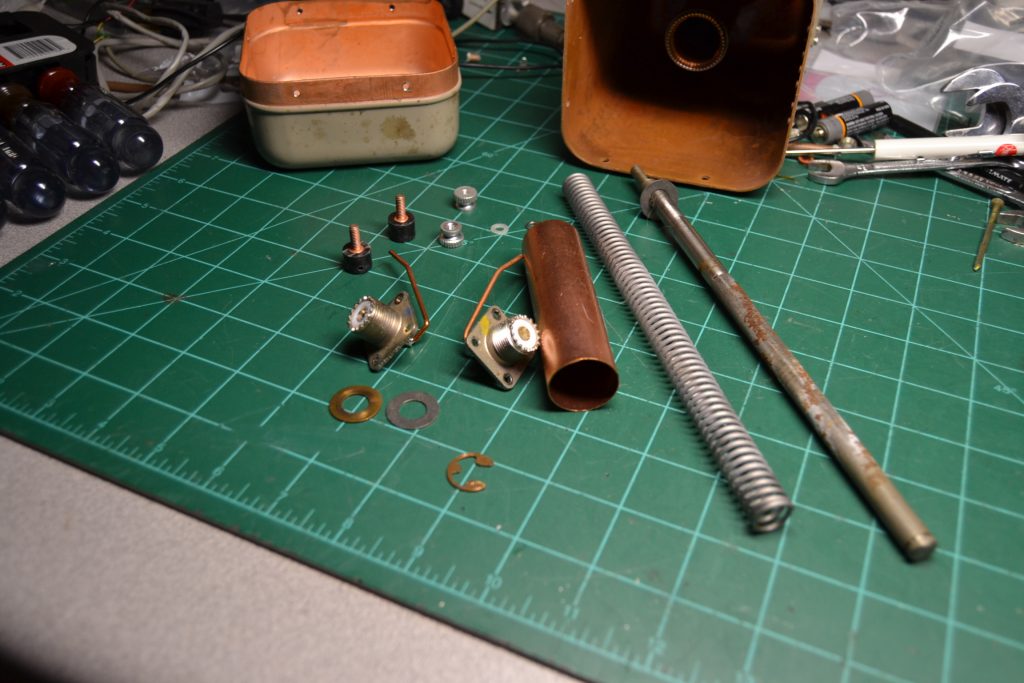 One of the two high pass cavities disassembled for overhaul. Not in horribly bad shape, but some cleaning, polishing, etc. upped the performance of the branch by almost 10 dB.